Fountain, Colo. (May 5, 2020) – Pikes Peak International Raceway has teamed up with drivers from their local Track Attack series, the Falci Adaptive program, NASCAR Cup Series, and a variety of other series drivers to launch a virtual Spring Thunder Race Series. The series begins May 7 and will use a custom board game with 1/64th scale cars that advance via the roll of dice.

Motorsports and venues are all being extremely creative, especially how they engage with their online audiences. Many people are taking advantage of technology like iRacing, but this series is much more personal with an old school feel. The first race will feature homegrown PPIR Track Attack series drivers.

Track Attack is a grassroots motorsports group that began five years ago. Drivers participate in timed autocross events at PPIR throughout the year. This dedicated community continues to support PPIR’s events and programs. Now that Falci Adaptive Motorsports lives under the umbrella of PPIR, former adaptive event drivers will also participate in the series.

The game-like series will provide “drivers” the opportunity to compete alongside NASCAR Cup and Xfinity Series drivers like Martin Truex Jr., Daniel Suarez, Erik Jones, Ross Chastain and Josh Williams. The fifth and final race will be a championship invitational offering a variety of prizes.

The Spring Thunder Series schedule will be posted on PPIR’s platforms as follows: 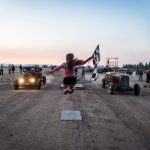 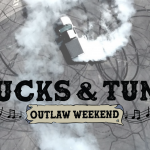