COLORADO SPRINGS, Colo. – The Pikes Peak International Raceway offers a variety of programs for all car lovers, saying safety is their number one priority.

“It’s a much safer environment doing it here under our rules,” track manager Jared Thompson said.

It’s a safer alternative for those who feel the need for speed. The Colorado Springs Police Department continues to investigate a fatal car crash that happened Wednesday night.

Police said a black sedan was racing another car and then hit a large pickup that was trying to turn.

The sedan driver died at the scene.

Black said street racing is a common trend nationwide, and the department works continuously with other agencies to combat illegal racing.

“We’ll put details out and have dedicated officers that focus on this inappropriate driving and we look for the community to call us and let us know,” Black said.

Further information has yet to be released. In the meantime, PPIR says there’s no need to break the law.

“It’s an unpredictable environment,” Thompson said. “It’s definitely way less safe with the other cars around, light poles and all the other stuff that’s not part of the racetrack.” 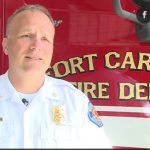 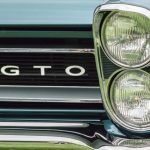