A scan of professional racing today, from NASCAR to the NHRA reveals a disconnect between the fans and the brands they cheer to win on Sunday. The cars that hit the track tend to bear little resemblance to their street side counterparts many historic rivalries have all but been abandoned. One series that hasn’t suffered that fate is OPTIMA’s Search for the Ultimate Street Car, presented by Advance Auto Parts.

All the cars (as well as a few trucks) are all still very much street-legal and all the major manufacturers and even a few defunct marques go head to head at every event. The Franklin Road Apparel GT Class is where the classic Ford versus Chevy rivalry is waged to a high degree at every event. As the largest class in the series, more than 70 different cars have already run in competition, with nearly 100 scheduled to hit the track before the end of the regular season.

Camaros have had the upper hand in recent years, thanks in large part to three-time class champion, Bryan Johnson’s stranglehold on the top spot. However, Johnson has yet to make an appearance in 2018 and with the best three performances counting toward the season-long points total and only three events remaining, Johnson will literally have to travel coast to coast if he hopes to keep his crown.

In Johnson’s absence, the void has largely been filled so far by Mustangs. While Camaros won the first two events, Jonathan Blevins’ 800+ horsepower 2008 Shelby GT500 has captured the last two events at NCM Motorsports Park and Pike’s Peak International Raceway. Blevins now sits atop the standings with a commanding lead over the Schoch brothers, who also campaign a pair of Mustangs. Several of the top Chevys have yet to run their third events of the season, but even when they do, they’ll find a stiff challenge ahead of them. READ FULL ARTICLE > 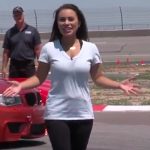 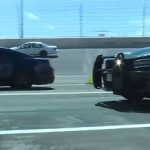 Southern Colorado law enforcement partnering with PPIR to get street racing off the roadsCommunity, Racing